You're Not as Right as You Think You Are

- July 15, 2018
What does it mean to be so convinced that your opinion, judgment, or intuition is right that you can't conceive of any intelligent person disagreeing? 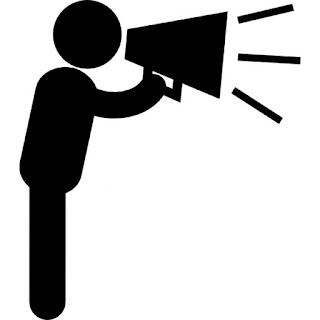 Epistemic humility is difficult because it comes with this simple acknowledgment: "I could be wrong." For many, that is an unbearable thought, especially when it relates to the ideas that are near and dear to our hearts. It brings psychological and emotional pain, even to the point of triggering the physiological "fight or flight" instinct designed for life and death situations.

Humans want to believe that we have an accurate and complete perception of how the world works. When that desire for certainty meets the uncertainty of our own fallibility, we are left with a vacuum that we are tempted to fill with dogmatism.

Dogmatism pushes us to devalue others for the sake of elevating our own feelings of certainty. Unwilling to acknowledge the finite limits of our own abilities, when faced with another person who has reached a different conclusion, we default to what is seemingly the only other option - there must be something wrong with them as an individual. Either they are morally or intellectually faulty.

Thus, our motive to shut out other views. We live in ideological silos filled only with people that agree with us. Everyone on the outside must be either stupid or evil, or both. Anyone on the inside that dissents instantly becomes stupid or evil, or both. That's how we end up with some right-leaning Christian leaders thanking God that not all Christians were too self-righteous to vote for Trump and other left-leaning Christians proclaiming that if their fellow believers were truly compassionate they would agree that the only acceptable solutions to society's problems are those proposed by the Democratic party.

However, as Christians, we aren't called to only love those that reside in our ideological silos. We are called to love even our enemies. That means extending to even our enemies the exact same courtesies that we would like extended to us. It means acknowledging that it's possible that a good and intelligent person could look at the facts and come to a different conclusion than myself. I might disagree with that conclusion - even strongly disagree. I might even think that I have good reason to believe that their conclusion is so wrong as to be dangerous and destructive. But always I will treat the person with civility, even if I consider one of their ideas to be undeserving of consideration.

There are some things of which we can be almost certain, and one of those certainties is that we are all fallible imperfect humans. While we ought to cling to objective truths, if we are being honest, we will recognize that more than we would like it to be true, we all make wrong conclusions and skewed judgments, all while hoping that we make the right calls on the stuff that matters the most. That shared experience, along with the Biblical imperative to love each other and our enemies, demands that we extend civility and respect especially to those with whom we disagree.