Feeling Your Way to Error

- July 26, 2018
A belief based on emotion isn't necessarily wrong. You could conclude, for example, based upon nothing but a personal feeling, that it's morally wrong to take food from starving orphans, and you would be absolutely right. However, emotional thinking as a system for arriving at truth has a number of pitfalls that become more problematic the longer a person lingers on that path.

It often overlooks a greater good in favor of immediate results. For example, I don't want to see my child experiencing emotional pain, so I jump in to solve all of her interpersonal problems, and she never learns to solve problems on her own. 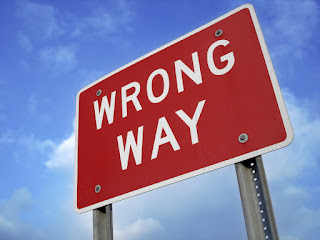 It often refuses to accept hard truths. For example, a friend dies in a car accident because she couldn't get her seatbelt unfastened fast enough. It was a million to one situation with no equipment malfunctions. Does that mean that seatbelts are bad and that someone should be prosecuted? No, but it does mean that for the multitudes of people that safety devices protect, there will likely always be a small number of people that they actually hurt, and we make many such trade-offs in our society.

It often overlooks nuance in complex ideas and situations. An example of this is the famous McDonalds coffee lawsuit that asserted that the company should have taken action in light of receiving over 700 complaints about the heat of its coffee. Emotional thinkers jumped in and condemned the heartless company that did nothing while it scalded hundreds of its customers. But they didn't consider the fact that McDonald's sells over 1 Billion cups of coffee in a year, so those 700 complaints made up 0.00007% of their total coffee sales, an incredibly insignificant number undeserving of drastic action by the company.

It removes the one reliable method(reasoning from facts) for a person to improve the accuracy of his belief system. Emotion is by nature self-preserving. It doesn't want to be changed. That's why facts and reason tend to land on emotion like vinegar with baking soda. Emotional thinkers tend to demonize critics while reinterpreting facts and experience as necessary to keep their assumptions afloat.

Emotional thinking misuses facts. Even emotional thinkers realize that in order to be taken seriously, they have to present something resembling an argument to support their view. However, emotional thinkers don't go where the facts lead, they cherry-pick facts to support their emotions, and if none can be found, they use fallacies to cram them in where they don't fit. They depend on echo-chambers and like-minded individuals to keep telling them their conclusions are correct.

Emotional thinking is not a failure of intelligence, but of training. It needs to be unlearned like any bad habit. As a society, we need to purposely cultivate an intellectual character that doesn't tolerate shoddy thinking. We don't (as one person told me) "temper our emotions with reason." We restrain our emotions when necessary and develop an appetite for the whole truth, and nothing but the truth.