Don't Give Up on the Truth

I shouldn’t have to say it, but here we are.

Somewhere along the way we got confused into thinking that having a million perceptions emanating forth at the click of a mouse or the tap of screen would bring us the truth, but in fact, truth is the ever more elusive white rabbit in a dark labyrinth of ambiguity. The age of information hasn’t made humans any smarter or wiser, and most significantly, it hasn’t made our understanding of reality any clearer. Quite the opposite is true. In fact, it seems to me that much of the western world stands at the brink of what might be described as an epistemic crisis. Information abounds, but truth is more obscured than it’s ever been. 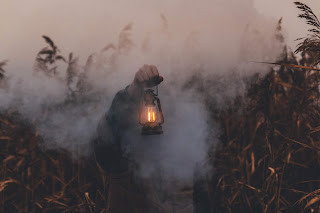 We humans have a strange relationship with the truth. We’ve been gifted with minds that reach to ponder the mysteries of the universe. We want to believe that we understand ourselves and the people around us, and that our choices make sense in our reality. But, we also want to do what makes us feel good, and when reality doesn’t grant us the courtesy of affirming our choices, we are every bit as gifted at rationalizing and manipulating the data so that it fits into a picture that gives us comfort and preserves the feeling when we lay our heads on the pillow at night that the choices we made are justified.

In truth, no person’s understanding of the world is simply a reflection of the information which she has comprehended. Every person assembles that data into a framework – a story that we tell ourselves that makes sense of competing worldviews and truth claims. It gives us the comfort of predictability, and the feeling that we have a pretty good handle on the way the world is. That story (our worldview) that we tell ourselves is often of much greater consequence in our daily life than the facts that we’ve learned, and we will cling to it with the tenacity of a shipwreck survivor holding on to a life-preserver. Letting go means facing the dark abyss where lies the unthinkable possibility that I might be wrong.

That is why the information age has failed to deliver on its promise. The era of smartphones, Google, and the Internet has given us unparalleled access to justification for clinging to whatever version of reality gives us the most comfort. For all our whining about “fake news,” we secretly want things to be the way they are. In the chaos and confusion of an Internet of 1.8 billion websites, if only .001% of them share my view, I still have 18,000 reasons to keep believing what I already knew in my gut – I’ve been right all along.

That’s not so say that we don’t value facts and reason. We just tend to place the highest value on those which we can wield as brute force weapons to beat down our opponents’ positions, and only with great hesitation and timidity do we willingly submit our own presuppositions to the same standards. That’s why we are so very bad at spotting fake news from within our own ideological silos. Here we sit, each chugging information greedily from our own poisoned sources, while we deride everyone else for doing exactly the same thing. We’ve given up on the task of finding the truth because the high of knowing that I am right is just too wonderful to come down from.

But the truth – that which is real – does matter. It must matter. Without truth as a real prize for which to contend, we are like a crowd of athletes trying to play a sport, but being unwilling to agree upon exactly which sport to play, everyone takes to the field to play his own. Some are attempting a game of soccer, and others football, and still others, baseball. Everyone on the field wants his team to win, but unless we can at least come together to decide which game we are playing, what the rules are, and what the point of the game is, we can exhaust ourselves with shouting and arguing, but never achieve anything, except perhaps the satisfaction of knowing that our fellow football players all agree that we should have been playing football all along – but then they already believed that.

We must come to the contest of ideas agreeing that truth – reality – is the final answer to who has won the contest, and willingly submit every part of our worldview to its judgment. That’s not a pleasant task. We risk the possibility of having to discard ideas which fail the test. We are signing on to grapple with challenging nuances and face the reality that we often misjudge our ideological opponents, and perhaps they aren’t always as wrong on every single thing as we think they are. Or, *gasp* maybe we’ll discover that we’ve been wrong on something. Perhaps a claim that we believed isn’t accurate, or an argument that we tried turned out not to be valid. Maybe, we’ll discover that careful examination of the truth renders our personal epistemic framework no longer tenable, and we must abandon it. “It’ll never happen,” you say. “I am confident in the superiority of my viewpoint.” Maybe so. If that is the case than you have nothing to fear from submitting to the truth.

The desire for truth is a primary virtue. Or, to put it bluntly, good people care about what is true. That virtue compels us to admit when we are wrong, and when our opponents are right. It restrains us from manipulating facts to fit our perceptions and demands that we adapt our perceptions to the facts. It means that we subjugate every cause, creed, idea, or philosophy to the standard of truth, and if any of these fails to live up to that standard, we either correct the error or abandon it altogether.

In a news cycle that moves at mind-numbing speeds to carry us item by item to the next thing about which we need to be outraged, we must have the will to stop and think about what is actually true. Behind the camera angle tricks, the selective quotations, the biases assessments, and one-sided representations, behind the logical fallacies, and carefully crafted fictions we must keep looking for truth. Especially when these distortions come from people who reside in our own ideological silo.

There is no shame in being wrong. We are, after all, humans trying to navigate the mysteries of our own existence with finite minds and understanding. However, the moment we decide that we can’t be bothered with the search for what is true, regardless of whose team you are on – we all lose.