Imagine a world in which every single other person is either a saint or a monster. Gifts from heaven, and devils from the pit, waiting to consume you. Friend and foe, and a lot more foes than friends. And if you want any chance for survival, you must take out the monsters before they take you out. 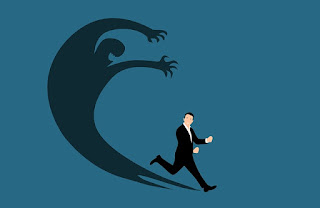 In a recent Washington Post article LGBT+ activist and actor Cynthia Nixon excoriated former Vice President Joe Biden for calling Vice President Mike Pence a “decent guy.” Nixon’s op-ed made a number of factually inaccurate accusations (some of which the editors of Washington Post have been forced to walk back), against Pence. However, her argument can be easily boiled down to this simple conclusion: Pence can’t be a decent person because he disagrees with her politically. There is precisely zero evidence that VP Pence has ever done anything hateful to Nixon or any LGBT+ person, nor has he ever called for violence or civil rights violations against anyone.

(Yes, LGBT+ activists might claim that opposing homosexual unions is a civil rights violation, but that is only the case if one first assumes that LGBT+ claims are correct, and thus amounts to Begging the Question.)

However, this is the world of Nixon, and, sadly, many Americans, both on the left and on the right. There is no room for honest disagreement. If you aren’t on the same side of the fence as I am, you are a monster who must be destroyed. And though politics has always been a nasty, no-holds-barred affair, the real tragedy is that the virtue of the present age dictates that it’s perfectly acceptable to scuttle any friendship or relationship with anyone who doesn’t fit neatly into a me-like box. Such is the price we pay for our very survival, we reason.

It should be enough to recognize that this overly simplistic categorizing of our fellow humans is ugly and degrading. A classical sense of virtue instructs me that the respect and civility that I show to others starts with my own character. I respect others because I am a respectful person, not because they have necessarily earned my respect. I have a baseline of civility that I extend to everyone, including my enemies, which I only violate when I am in immediate physical danger. However, even if virtue isn’t impetus enough to change the way we treat those with whom we disagree, practical reasons should suffice.

When faced with the reality that there are others who don’t readily accept what am entirely convinced is true, I am forced to confront a dilemma: How will I explain it? If people with brains and access to the same data I have are just as convinced that I am wrong as I am that I am right, is it possible that I might be wrong? But I can’t be wrong (I reason), so they must be hopelessly stupid, and if they aren’t hopelessly stupid, they must know what is true but be so evil that they are actively fighting against it.

However, once we’ve pulled that lever and sorted another person into one of these two categories, we’ve forfeited all ability to persuade them to our way of thinking. The too-ignorant-to-get-it category might seem to be the lesser of the evils, but in practice, the condescension of assuming that my fellow man is in some way just too defective to see what ought to be plain to any reasonable person quickly devolves into the conclusion that he’s little more than collateral damage, an unfortunate idiot standing in the way of my goal of destroying the real enemy. So, he belongs in the same category as the evil person, puppet and puppeteer. Once categorized, there is no reasoning left to be done. The first shots of the battle have been fired. All that I can do now is fire back, and thus my focus shifts from trying to convince my opponent, to attacking my enemy in the way likely to cause him the most damage. And this scorched-earth reality has become the landscape of popular discourse.

We are seeing the fruit of that thinking in the Cynthia Nixons of the world, but it’s so much worse than one out-of-touch celebrity. We’ve seen this nightmare played out in social media and in our personal relationships and families. As social figures, agitators, celebrities, and politicians play our fears on a loop to keep our attention, and maintain their influence over us, we’ve begun to see the person next to us as either 100% on board or a latent monster – as real a threat as a Nazi pointing a gun at our head. (Thus the common adage, “It’s okay to punch a Nazi.”)

Now, it should be clear to us that the “stupid or evil” choice is a false dichotomy. The way we all form our conclusions and interpret data is imminently more complex. We each have a personal epistemological system and a foundational worldview through which we interpret data and process our personal experiences. Two sane, basically good people can disagree for a thousand different reasons.

But what if I can’t rule out that the person across from me is evil? What benefit is there in assuming that he is? Unless this person presents a clear physical threat to my immediate safety, the only outcome of concluding that he is evil is that I’ve adopted a posture from which it is virtually impossible to win him over to my side.

A world where everyone who is not for us is evil and must be destroyed is a dark place in which to live. People who exist perpetually under the fight or flight instinct aren’t living at their best. They aren’t as open to reasonable discussion, they don’t care to see things from other peoples’ perspectives, and they tend to consider ever-increasingly extreme behavior as possibly necessary to save them from the boogeyman next door.

This world need not be a reality if we simply make the choice to assume that the person I am talking to can be reasoned with, that they aren’t evil or an imbecile, and that both our lives can be improved with a little bit of civility and respect.