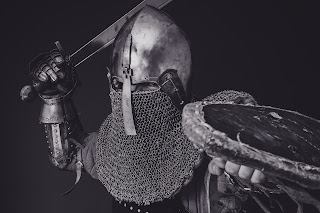 Life is hectic and carries us on, blurring moments into hours, hours into days, and days into years, and as someone has said, the days may be long, but the years are short. For a moment, however, we have a chance to forget about bills, cars that need repaired, problems at work, and even my terrible dancing. My attention was focused instead on this precious princess twirling and swinging, cheeks red and eyes bright, safe from a dark world that will soon begin its ugly business of ripping and tearing at everything that is good in her heart. To share this moment is a privilege that exceeds what seems fitting for a mere mortal.

During a brief intermission somewhere between dancing to classic numbers like the chicken dance and the Macarena, in a moment of reflection, a realization hit me. I looked around at the other fathers like myself. We were an odd bunch. For most of us, the prime of our youth is in the rearview mirror. Some men, several grandfathers who had stepped into a role vacated by another, were even further down the road. Growing midsections, thinning hair, and cheap suits are all well represented. And the dancing… oh the dancing… Yet, these men, I realized hold so much in their hands. They are an elite force – a beleaguered last hope for many.

We are attacked from every side. Our desires pull at us; the lust of eyes and many lures to infidelity tempt us. Materialism shouts that we can pay off our duties to our families with money, cars, houses, and new iPhones.

If all that were not enough, our culture has declared unmitigated war on male leadership in the home and in society. In the popular gender theory, the man has become like a vestigial organ, perhaps useful to fight off the occasional bear when humans lived in caves but now a liability. If the gifts that make men unique to perform our duties could be compared to classic weapons of war, we have been told unequivocally, to throw down our swords and walk away – our time has passed, our services are no longer wanted or needed.

The fact that men have been content to do just that is evident in many problems that our society faces today. As men have neglected their duties, they’ve left a trail of carnage behind them. At the core of every societal problem is the breakdown of the family and at the core of most family breakdowns is a man who has abandoned his post.

So, what is this ragtag group of misfits to do? We ought to be able to turn to the church for support, but the church is not always as welcoming to men as we like to think. Take a good, long look at the environment of the typical modern church. It practically oozes femininity. Gone are the marching hymns of old calling men to be righteous warriors. In are awkwardly sappy worship songs and a decidedly feminine emphasis on relationship over duty, honor, and purpose. In is a focus on managing feelings, that all but ignores the discipline of developing intellects. When churches attempt to engage men, they often treat them as a kind of parody, using recreational activities such as sports and hunting as a hook to bring them in, but offering little of substance to keep them engaged. The message of hope that men find within the church might be summarized in the old prayer from the Red Green show: “I am a man, but I can change, if I have to, I guess.” Too often, the perception among men is that the path to righteousness and the path to femininity are one and the same. It is no wonder that church membership is often predominately women, and that men see church as one more place to go to be told to stop being men.


As I write this, rioters are burning our cities, and protests are popping up around the world. Every pontificator in the media and on the internet has a theory about how to fix what is wrong with our society, but when I see the strong victimize the weak and vulnerable… When I see opportunistic looters using others’ tragedy for self-enrichment… When I see the rage-filled hatred of people screaming obscenities to other humans created in God’s image, I am compelled to wonder how many of these people have been affected by fathers who were either physically absent or who abdicated their responsibility to develop their children into functioning adults, by failing to teach them about confidence without arrogance, strength without violence, and compassion that does not compromise the truth.

There is more than enough data to see the correlation between fatherless children, and problems such as poverty, drug abuse, crime, poor educational achievement, high-risk sexual behavior, and teen pregnancy. However, those statistics only tell part of the story. As a teacher, every day I see the direct connection between children’s well-being and whether they have an engaged father. I have born witness to countless stories of the tragedy, pain, and suffering caused by men and fathers who abandoned their posts or violated the trusts granted to them.

And, I’ve spent hours on my knees weeping, praying, and pleading with God, that He keep me from visiting this pain and brokenness upon the lives of my own family.

That brings us back to the misfits. We are, whether we like it or not, the front line. We’ve been stood up, shoulder to shoulder, and been given the task of holding back the armies of hell marching forward to steal our children’s souls. To our left and right, we’ve seen far too many men falter, fail, and fall, leaving gaps that someone must stretch to cover. Any one of us that remains standing does so only by the grace of God. We hear the voices of hatred coming from our culture. We understand the loneliness of trying to be a man of integrity in a satanic world with few that understand the weight on our shoulders and few that care to understand. But we’ve got a mission to fulfill, and God has given us the power to hold the line a little longer…

So many things could be said about how to support good fathers. Though I don’t claim to have all the answers, I believe there is much that can be done, but that is a topic for another time. I have only three challenges that I want to offer.

First, I want to challenge other fathers to stand up and faithfully hold the line. I want to encourage others as I am also challenged to be faithful no matter what. When someone’s needs cannot be met, it’s me that takes the hit. When duty and honor require personal sacrifice, I step forward. Whatever life hands my family and I, whatever tragedy, whatever twist of fate, when the smoke clears, they must know that I will be standing there, faithfully carrying the trust that they’ve placed in my care. When my head hits the pillow at night, I know that the buck stops with me, and I will stand before God and give account for the family that He’s entrusted to me.

Second, if you have benefited from a father, imperfect though he is, who has fulfilled his calling in your life, either as your biological father or as a man who stepped into a void left by someone else, I want to encourage you to make sure he knows how grateful you are.

Finally, I want to call you to pray consistently for the fathers in your life, that they will be faithful, full of integrity, strong yet gentle, and the protectors they are called to be. And when you are done praying… pray some more.