I have put together some resources here that are intended to allow Christians to think critically about some of the stories that we've believed and passed around as though they were true:

A note about sources: I try to use the best sources that I have available for the topic at hand, especially if my conclusions rest heavily upon them. Snopes.com is one of these sources because they provide the source for their conclusions. For overviews of what is generally agreed upon without controversy for a topic, I may also use Wikipedia. Both are fallible, but good starts, and easily accessible for people on the web. 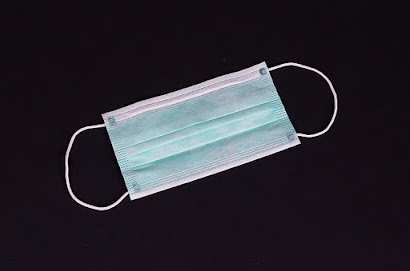 I don't like being told what to do. Or, more precisely, I don't like the way it feels having someone make decisions for me which I think I should be able to make for myself. As you can imagine, the last six months have been a difficult pill to swallow. Let me be blunt: I hate it all.
I hate the stupid masks and the dumb face shields. I particularly hate it when people post pictures and videos on social media of themselves wearing them. It always seems to me that they are either virtue signaling or acquiescing to the "new norm" which makes me want to shout at the top of my lungs "Why would anyone want to normalize this?!"
(Hang on, remember, this post isn't about the virus.)
I'm done with all of it. I never want to hear the term "social distancing" again in my life. I'm tired of re-ingesting my own breath-flavored-carbon-dioxide-laced air every time I leave the house while reliving every time my older siblings thought it would be funny t…
Read more